The tribute featured a wreath , carried out by the Cuban diplomat with the president of the Association of Friendship and Solidarity Hellenic- Cuban, Nikos Karandreas , and a group of children who thus wanted to express its appreciation to the National Hero of Cuba .

During his speech, stressed that Cobacho ” Marti’s thought is an essential ingredient of the ideology of the Cuban Revolution” and recalled how quite clearly claimed 123 years ago the need for unity of the peoples of “Our America” ​​.
In this regard welcomed the progress aimed at the continental integration of the Patria Grande , which is the best tribute to the memory of Marti, and starting in Havana of the Second Summit of Latin American and Caribbean States ( CELAC) , coinciding with the 161 anniversary of the birth of Martí.
Dozens of people , Cubans living in Cuba Greece and friends also heard voice of the Chilean poet Jaime Svart , Marti poems from the book Simple Verses in Greek and Castilian .
In homage Committee Chair for Peace , Stavros Thasos , MPs of the Communist Party of Greece and SYRIZA , representatives of the José Martí Cultural Association , the Women’s Federation and Greece also participated citizen movement against measures Den Plirono austerity .
Prensa Latina
Traduction by Google Translator
Αποστολή με μήνυμα ηλεκτρονικού ταχυδρομείου BlogThis!Μοιραστείτε το στο TwitterΜοιραστείτε το στο FacebookΚοινοποίηση στο Pinterest
Labels: Χοσέ Μαρτί, English, Jose Marti" Cultural Association- GREECE
Νεότερη ανάρτηση Παλαιότερη Ανάρτηση Αρχική σελίδα 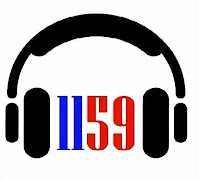 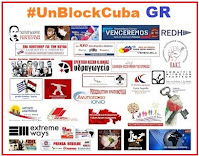 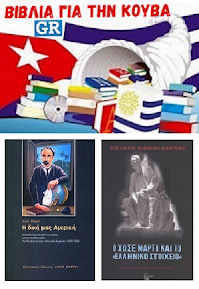